Home
Sport
Are Arsenal Genuine Title Contenders in the EPL?

There’s a winter break happening in the English Premier League at the moment, and it won’t end until just before Christmas. It’s the first winter break in the competition’s history, but it’s not really a break for most of the players – they’re away in Qatar, playing in the 2022 World Cup. The pause gives us a chance to reflect on what’s happened in the Premier League thus far this season and specifically to think about Arsenal. For as long as the winter break lasts, they’re top of the Premier League. They could stay there for the rest of the season.

This wasn’t on the cards when the Premier League season began, but then again, neither were a lot of things. When Arsenal took an early lead in September and held it through October, everyone expected them to drop away at some point. Now we’re in November, and the Gunners are guaranteed to keep the top spot until after Christmas at the earliest, no matter what their rivals do. Should we stop expecting them to drop away? Could this be their year? How did they come from nowhere to lead the pack? Let’s analyse.

Stand by your man

For all the adulation around Arsenal and among Gunners fans at the moment, we should remember that a significant portion of the fanbase wanted a different man in charge when the season began. Mikel Arteta won the FA Cup in his first season at the Emirates, but the performance of both the Spanish coach and his team since then has been disappointing at best – until now.

The voices calling for his head grew so loud at one point last season that we have to assume conversations about the possibility of dismissing him must have happened at board level, even if those conversations never became serious. Arsenal’s board, perhaps bearing in mind their decision to sack Unai Emery early in his Arsenal career only for him to go on and win the Europa League with Villareal in his next job, stood by their man. They’re now getting their reward. Even if Arsenal don’t lift the famous Premier League trophy at the end of the season, they’ve given their fans hope and demonstrated a dramatic improvement.

Managers being given time is a rare thing in modern football. It usually takes no more than four or five bad results for a coach to come under pressure at a top club, and seven or eight bad results for the inevitable sacking to happen. Arsenal’s confidence that they have the right man in Arteta is akin to a player sticking to their guns at an online casino. If you’re playing a game that you know has a return-to-player rate of 97%, it might make more sense to stick with that casino game than to cut your losses and start again with another casino game. If more players understood that and checked comparison websites to see the return-to-player rates that casino sister sites offered before they started playing, large losses might not be so common at those sites. Keeping a manager who’s struggling is always a gamble, but in the case of Arsenal and Arteta, it was a good bet. 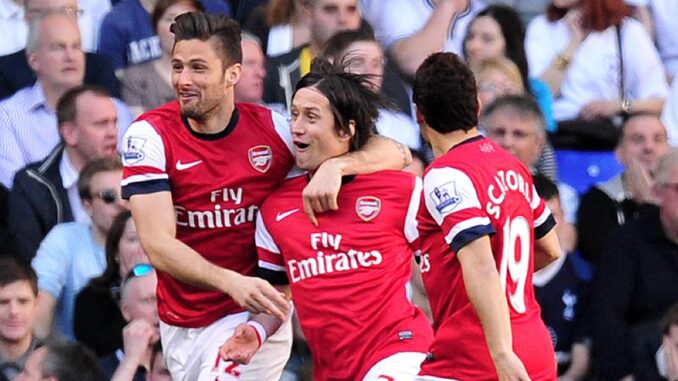 Another factor that’s gone in Arsenal’s favour this year is that the clubs who’d typically be expected to challenge for the Premier League championship mostly aren’t doing so. The obvious exception is Manchester City and their super-charged new striker Erling Haaland, but even the relentless Citizens trail Arsenal by five points, having played the same number of games. Behind them, there’s a gap. Newcastle United sit in third place, seven points behind Arsenal, in their first full season following a change of ownership and management. If you’ve followed Premier League football for the past few seasons, you’re probably wondering where Liverpool and Chelsea are. The answer is that they’re a long, long way away.

Liverpool have had a catastrophic season thus far by their standards and currently sit sixth, fifteen points behind Arsenal. It’s hard to say precisely what’s gone wrong at Liverpool this season, but the general consensus is that what was once an imperious squad has begun to get old, and adequate replacements haven’t been found for key players like Sadio Mane when they’ve left the club in search of new challenges.

The situation at Chelsea is even worse. This was always likely to be a difficult season for the Stamford Bridge club, given the sudden departure of long-time owner Roman Abramovich and the arrival of Todd Boehly as his replacement, but Chelsea fans won’t have expected to be eighth and sixteen points off the pace in their worst nightmares. The dismissal of Thomas Tuchel, the club’s Champions League-winning German coach, in September looks like a mistake that was made in haste by a new owner wanting to make his mark on the club. Replacing him with former Brighton manager Graham Potter, who has no experience of coaching such a big club or competing for major honours, may have been an even bigger mistake. Arsenal have been brilliant, but their rivals dropping away so dramatically has helped with the club’s return to prominence.

A young squad growing together There was undoubted talent in the squad that Mikel Arteta inherited from Unai Emery, but there were imbalances in that squad. One of the biggest problems is understood to have been Pierre-Emerick Aubameyang, who was the club captain but a disruptive influence in the dressing room. Arteta and the star striker fell out, with Aubameyang eventually forced to leave the club. He didn’t flourish at Barcelona, and he’s now largely sitting on the bench at Chelsea. Fans weren’t happy when Aubameyang left, but time may be proving that Arteta was right to freeze him out.

With some of the old guard moved on, younger players are flourishing. Bukayo Saka gets better with every passing month for both club and country. Ben White has matured into a confident defender. Aaron Ramsdale is the dependable goalkeeper the club has craved since the days of Jens Lehmann. Fabio Vieira looks like a shrewd investment, and 21-year-old William Saliba is one of the best centre-backs in the league this season. Bringing in Oleksandr Zinchenko and Gabriel Jesus from Manchester City gave Arsenal players who have experience of winning the Premier League and confidence to pass on to younger players. Even Granit Xhaka has been rehabilitated under Arteta’s reign this season. He looks like an entirely new player.

By bringing in the right experienced players, trusting younger ones and enforcing his own brand of football, Mikel Arteta has turned Arsenal into a compelling Premier League force once more. We’re excited to see how far he can take it. 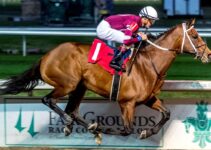 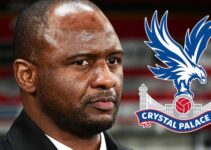 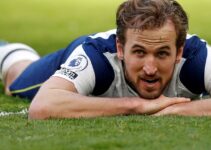