Home
Home
What Is the Average Life Expectancy of a Water Softener?

If you are thinking about purchasing a water softener, you want to know exactly where your money is going before you make the buy. Investing in a water-softening system with a dependable and efficient track record is one thing. But, it is another thing for such a system to have a long lifetime.

In this article, we will discuss the average lifetime of a new water softener. Also, how to determine whether it is still functioning, and the signs that state it is time to replace the unit with a new one.

What Does A Water Softener do? Mineral buildup in your home’s plumbing and appliances, as well as on your skin and clothing, may be reduced by using a water softener. Because it transforms hard water into softer water, this device is known as a water softener.

This aim is accomplished by passing water through a resin, making an ion exchange possible. During this process, hardness minerals are exchanged for other minerals that do not scale.

Removing calcium and magnesium ions from the water is how water softeners function, resulting in the water having a smoother texture. But, like any other appliance, they won’t last forever, and it’s crucial to be aware of when you should plan to replace them.

How Long Does a Water Softener Last?

A water softener’s lifetime cannot be predicted with absolute certainty, but on average, one may expect that a water softener will serve its owner for 10 to 20 years. Water softeners offered at big-box retailers often only last in the range of three to five years. The length of time that your water softener will remain effective is determined by the level of mineral content in your water, the maintenance that has been performed on it over the years, and the quality of the water softener itself.

Maintaining the system and the quality of the materials used in the system design are the primary factors determining how long your water softener will last. Keep in mind that no water treatment appliance will last forever. Even though water softeners have lengthy lifespans, there will come the point when you need to replace yours.

Why Use a Water Softener? Water softeners might be costly. But in the long term, they can save you money by helping to avoid mineral deposits in your pipes. As a result, increasing the lifetime of other water-based equipment. They also increase these appliances’ efficiency. Resulting in your washing machine and dishwasher producing cleaner washes. The benefits of installing a water softener in your house go far beyond the gear it comes with. Those who suffer from dry skin may find that softer water is valuable and causes far less hair damage.

How to Extend the Life of Your Water Softener?

There are a few easy things that you can do to get more worth out of your investment in a water softener and add a few more years onto the amount of time that your appliance will continue to work well. The following are some of the most effective procedures that should be put into place:

Adding a Prefilter to the System

One of the most excellent methods to guarantee that water softeners can survive for an extended period. At least 15 years, is to install a whole-house prefilter in the home.

Sand, rust, and dirt are suspended sediment that may be removed from drinking water using a prefilter. Other types of deposits, such as silt, can also be removed. But, these particles may cause damage to the softening media in your water softener, which will reduce the time it can function.

Utilising the Appropriate Type of Regenerant

When it comes to ensuring that your water softener will continue to function over many years, the sort of regenerant, also known as salt, that you put in the device is crucial.

It is also vital to check that your water softener has the appropriate amount of salt. Because salt is crucial to treating water, a water softener will lose the ability to renew its softening media if its salt levels drop to an unsafe level.

Your system’s effectiveness will deteriorate until no salt is left in the tank. At that point, the system can regenerate using just hard water. Because of this, your water softener will no longer produce soft water, and the water you drink and use around the house will again include minerals that cause hardness.

Performing Maintenance on the Resin Bed or Brine Tank

Because of the mushy sludge that has settled to the bottom of your brine tank, the performance of your water softener will suffer, causing it to work harder with fewer positive outcomes. Thus, clearing it out is of the utmost importance. By doing so, you will maintain the system operating at peak performance and prevent it from working harder than necessary to achieve the same goals.

Conducting Audits on the System Every Quarterly

Suppose you inspect your water softener once every three months. In that case, you will have the opportunity to ensure that everything is in working order and will be able to identify any potential issues before they have a chance to become more serious.

Your water softener may not function if it has bridging, characterized by forming a hard crust in the brine tank. This crust prevents salt from dissolving in the water to generate brine, preventing your water softener from functioning. But a diagnosis of the issue and a solution to the problem are easy to achieve with consistent inspections.

Water softeners are an effective method for addressing the problem of hard water in the household. Not only does the water treated with a softener taste better, but it also makes your water-based home appliances run more and leaves your dishes and clothes cleaner. If, you’ve had your water softener for longer than you want to remember, it’s high time you gave the system a once-over to see if there are any possible defects or difficulties that need to be addressed. 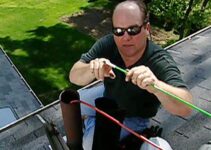 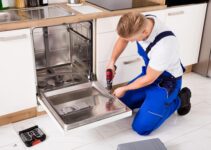 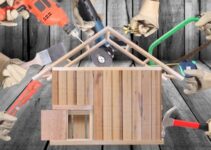