Do you enjoy getting competitive in gaming? If you do, you should try giving MOBA games a shot! Short for “multiplayer online battle arena,” this genre encourages teamwork, coherence, and unity. And to make things challenging, you will also compete against teams that will do the same objective and team play like you. So, if you are intrigued and want to try getting a little competitive in MOBA games, League of Legends is one game you should try.

This 2009 MOBA game by Riot Games is now a well-known franchise, and it even has a spin-off card game, Legends of Runeterra, and the hit Netflix series adaptation, Arcane. If you are intrigued by the game’s mobile version, League of Legends: Wild Rift, you can check CellularNews.com for more details. But if you are a beginner who wants to try playing, here are four beginner champions for you to explore.

1. Nasus, the Curator of the Sands 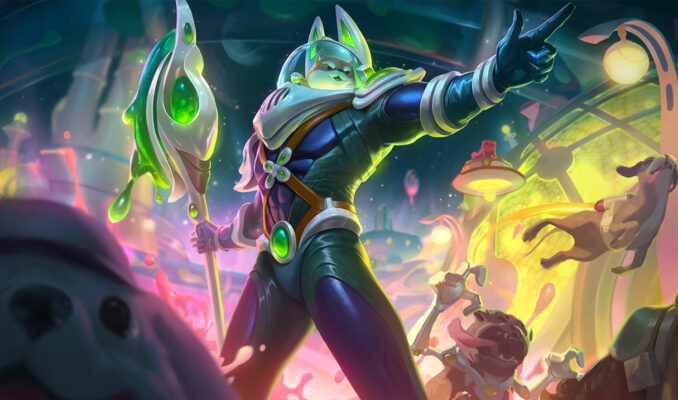 Although Nasus can be challenging to play in the early game, this jackal-headed champion can become an unstoppable force if you play him well until the late game. For starters, his passive, Soul Eater, gives him additional lifesteal and the healing scales with his basic attack damage. His bread and butter is his first ability, Siphoning Strike. Upon casting, his next attack will deal additional damage, and when you kill an enemy, the bonus damage will permanently increase. Because of its increasing damage to enemies defeated, Siphoning Strike works best as a finishing move.

His second ability, Wither, lets him age enemy champion, slowing both their movement and attack speed. With his third ability, Spirit Fire, Nasus summons a circle of flames at a target location. Any enemies inside this circle will have their armor reduced and continuously receive damage. Nasus’s last ability, Fury of the Sands, turns him into a massive avatar of death with increased health, armor, and magic resistance. A raging sandstorm also surrounds Nasus in this form, and this sandstorm damages nearby enemies and halves the cooldown duration of Siphoning Strike. As long as you build him with items that will make him tanky and focus on increasing the bonus damage of Siphoning Strike, Nasus will be a massive threat to your enemies. 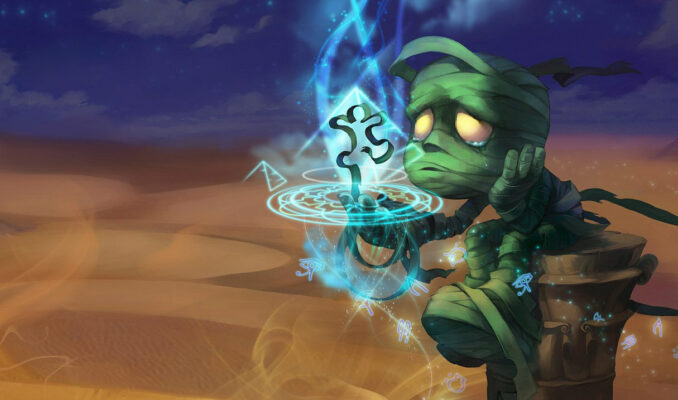 Amumu is a game-changing champion when you play him right. His passive, Cursed Touch, causes his basic attacks to curse his enemies. His enemies will then take bonus true damage based on a percentage of incoming magic damage. Amumu’s first ability, Bandage Toss, lets him throw a bandage in a target direction. Enemies hit will be stunned, and Amumu will pull himself to the enemy’s location. His second ability, Despair, is a toggled one. At the cost of his mana, Amumu will cry continuously, and enemies surrounding him will receive damage and the Cursed Touch status.

Amumu’s third ability, Tantrum, has a passive and active state. Passively, Amumu receives reduced physical damage. When cast, Amumu damages nearby enemies as he lets his anger loose. The cooldown on this skill reduces when foes deal with basic attacks on Amumu. And his ultimate, Curse of the Sad Mummy, lets Amumu entangle all enemies in an area with bandages. These bandages then damage, briefly stun, and apply Cursed Touch towards his foes. Surprise your enemies with your Bandage Toss, control the battle with your ultimate, and build tank or magic items to make Amumu a threatening champion against any team. 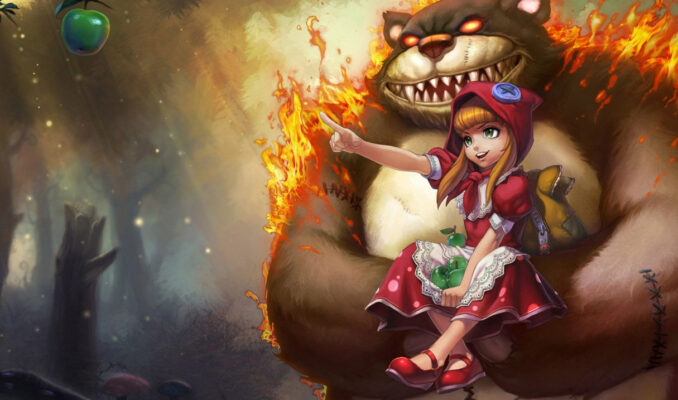 Her kit may be discreet compared to most magic-based characters, but this simplicity makes Annie a perfect hard-hitting champion for any beginner. Annie’s passive, Pyromania, gives her up to four stacks when she uses an ability. On her fourth stack, her next damaging ability will stun enemies. Disintegrate, her first ability, lets Annie throw a fireball at her enemy. If the foe dies from this skill, the ability’s mana cost will be refunded, and its cooldown will be shortened. Annie can cast a wave of fire with her second ability, Incinerate.

With Annie’s third ability, Molten Shield, a shield of fire will protect her or an ally champion while also giving them bonus movement speed and damage foes that attack them. And lastly, her ultimate, Summon: Tibbers, lets Annie unleash her teddy bear Tibbers at a target location. The skill will damage and stun nearby enemies, and Tibbers inflicts constant damage to nearby enemies because of his fiery aura. If Annie stuns a nearby enemy with Pyromania, Tibbers becomes enraged and gain bonus movement and attack speed. If Annie dies, Tibbers heals himself and target Annie’s killer. Time her passive and skills well, and you can make the game unbearable to your foes. 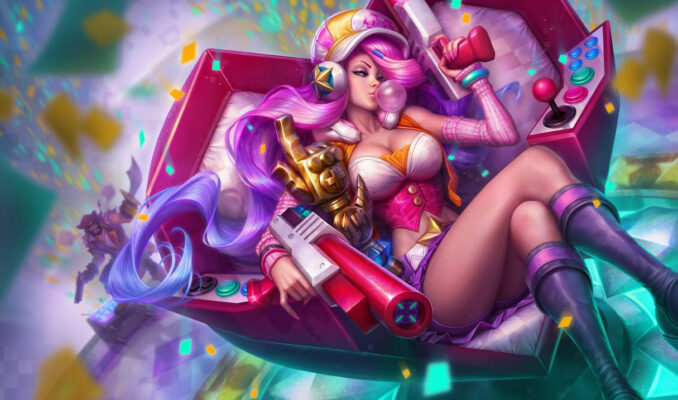 Like other damage dealers, Miss Fortune has a simple role – hit enemies hard. Luckily, her kit is easy to understand while letting her tear enemy lines. Her passive, Love Tap, allows her basic attacks to deal bonus damage when she targets a different enemy. Miss Fortune’s first ability, Double Up, fires a bullet that deals damage and bounces to another enemy, damaging them. Her second ability, Strut, passively gives Miss Fortune increased movement speed if she has not received damage. Actively, Strut gives her maximum movement speed bonus and additional attack speed.

Miss Fortune’s third ability, Make It Rain, lets her fire her guns into the air and pepper her targeted ground with bullets. Any enemy who walks in the raining projectiles is slowed, revealed, and receives damage. Lastly, Miss Fortune unleashes a storm of bullets in a cone with her ultimate ability, Bullet Time, and all enemies inside the cone receive tons of damage. Equip Miss Fortune with items that increase attack damage and attack speed, and her otherwise simple kit will tear through enemies with ease.

Because of the massive champion selection, it will be no surprise if you find it challenging to pick a character to try in League of Legends. After all, despite the vast roster, Riot Games continues to make more playable options or revise older champions that players often overlook. These four are just a few of the many beginner-level characters you can pick. 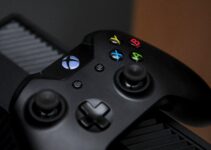 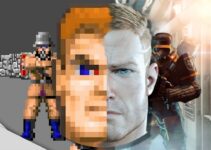 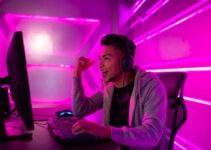