There is one quotient whose popularity is so great that the whole world has heard of it. And not only the world has heard of it, but it is more interested in it than any other mathematical solution. That is, of course – the quotient of intelligence, famous for its abbreviation IQ. Many think that the IQ test is about human intelligence, but it only measures the ability to understand abstract logic, not a number of other things that make up overall intelligence, experts say.

IQ tests have been around for decades, but even today it is disputed whether they can actually measure someone’s intelligence, and how accurately they work.

Helen is 12 years old and three times older than her sister. How old will she be when she is twice as old as her sister? Continue the sequence: 4, 9, 25, 36,?, 64. What number is missing in this sequence?

These are just some of the standard questions on IQ tests that are circulating on the internet and measure an individual’s mental ability. The Internet is flooded with similar tests that supposedly show whether you are intelligent enough to stand shoulder to shoulder with the smartest people in the world.

The first attempts to measure intelligence date back to the 19th century when IQ was determined by measuring brain size. Parts of the IQ test

It is difficult to define it in one sentence but we can try like this: Intelligence is the ability to cope with new situations and the ability to solve problems. Intelligence is a mental characteristic that can be measured, albeit imperfectly, by intelligence tests or IQ measures. It consists of the ability to learn from experience, adapt to new situations, understand and use abstract concepts, and use knowledge to cope in a new environment where stereotypical instinctual behavior does not help, nor by learning acquired habits, skills, and knowledge. Mental and physical development usually correspond to each other. Both stop at different ages of life, depending on the personality. Various tests are conducted at job interviews. Psychological measuring instruments used for selection purposes (intelligence tests, personality questionnaires, value questionnaires, general awareness tests, etc.), as well as the procedure for their application, are already standardized. This means that these tests have undergone a rigorous, time-consuming, and expensive construction and calibration procedure. Also, they are all applied according to the same instruction, ie. they are solved in similar conditions and corrected according to the same patterns and norms. Since there are different types of intelligence, the type that dominates a particular job will be tested – if you hire lawyers, verbal intelligence will be more important to you, numerical intelligence for mathematicians, spatial intelligence for architects, and so on.

What is an intelligence test and how is IQ measured? Intelligence is the ability to understand a task and draw conclusions, that is, to find a solution to it. It depends on the individual, everyone has a different ability to solve tasks, some can solve them faster and better, while others are slower and worse. IQ varies in a wide range of 40-150. In exceptional cases, IQ can be 160 and is considered that Leonardo da Vinci had the largest – 220.

Many tests can help calculate IQ. You can find many of them on the internet and have a good time with them. To find out in a very short time what your IQ is, visit iq-global-test.com. However, do not take the results for granted without the assessment of an expert who, based on two types of factors – general and specific, will assess the intelligence of you or another person. The intelligence test is composed of psychologists and other experts and consists of a series of tasks and questions that require logical thinking to reach a solution, and the test is composed in accordance with the age and basic characteristics of the respondents. Based on the test results, which are almost always created by psychologists, the mental age of the respondents is determined, which is divided by the calendar age and finally multiplied by 100, in order to obtain the IQ.

What does your IQ say about you? So, from this, we conclude that there are several types of intelligence and that the IQ test is nothing more than logical thinking whose outcome can be influenced by some other factors such as fatigue, insomnia, lack of concentration. 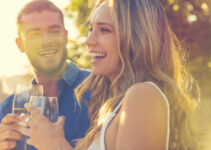 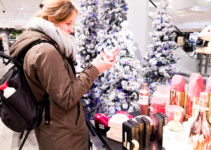 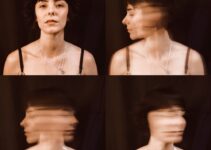