Here we are again, fellow football fans! Another group stage of the UEFA Champions League is over and we finally know who is going into the round of 16 stage. Over the last few months, the best teams in European football have been battling to get points and advance onto the next stage, and it is safe to say that there were quite a few surprises. With the usual names among the 16 teams, there are also those a few expected to advance further than the group stages, especially considering what teams some of the groups had.

With the last season’s turbulent finish and all the shockers that took place, the title won by Bayern Munich is still vivid in our memories. It seems that only yesterday they trumped everyone on their way to yet another title, dominating the competition, as well as their National league and cup, completing the elusive treble. This year, however, more than one team are looking dominant and eager to win it all, which is why there have perhaps never been more favorites for the title. To help your calculations, here is a preview of the six potential favorites to win the Champions League of the 2022/2021 season. To find out more, as well as what to expect from the round of 16 draw taking place on Monday 14 December, make sure to click here.

Before we move onto the six favorites, let us first determined what teams advanced past the group stage. The seeded teams, that is, the eight sides that finished top of their respective groups, include Bayern Munich, Real Madrid, Manchester City, Liverpool, Chelsea, Borussia Dortmund, Juventus, and PSG.

It is finally time to get onto the good stuff and see who has the best chance of winning it all this season. The last season’s winners are the absolute favorites to repeat and win back to back titles. The bookies give them the best chance to win the most respected title in club football this year mostly because of their incredible form and readiness. In the group stage, they won five games with a goal difference of 13, dominating the competition once again right from the start. The star-studded team is even better than last season with a few fresh faces, but Robert Lewandowski is still the shiniest star in the squad. Expect lots of goals and amazing football from the Bavarians yet again.

Somewhat close behind the defending champs is the successful English club. Although they have been dominating in the Premier League and the national cups for years, they never managed to get close to winning the UCL, failing to reach the finals time and time again. After a huge controversy and a potential ban, they managed to plea and squeeze into the league, winning five games with a goal difference of 12 points. The team is strong, experienced, and well-coached. Many view this as their last chance to win the title with the squad and staff they have. The champions from two seasons ago and the frequent finalists in the last several seasons are back and ready for another historic run. Tied for first place in the 2022/2021 national campaign with 24 points, they won four, tied one, and lost one game in their group. That was enough for first place with 13 points and a goal difference of 7. They can have a rather tough job in the round of 16 as they are eligible to draw a lot of great teams. Liverpool is back to their glory days from the olden times and their fans are loving it. They won the title a few years back so the pressure is off, but the hunger remains. The best team in France has a story similar to that of Manchester City. Although they have one of the best squads on the planet, with big names like Mbappe and Neymar signed to expensive contracts, a fan base all over the world, and lucrative sponsorships and deals, they cannot seem to get it together when it matters most. They should have won it all years ago. God knows they have had their fair amount of chances, but something always keeps them from the ultimate goal. This season they were tied in points with RB Leipzig with 12 each, winning four matches and losing two for the goal difference of 7. It truly seems like the domination of the two best Spanish clubs in the UCL is coming to a rapid close. Not too long ago, it was a question of who of them was going to win it all. From the 2001/2002 season to the 2019/2020 season, the title was won by one of them 9 times. Messi and the company are experiencing their worst national league start since 1995, and the club is having it rough. Madrid is currently fourth, and it seems they cannot get to the top without Ronaldo. They barely managed to advanced into the round of 16 as they needed a win in the last fixture to do so. They finished first in the group with 10 points, three wins, 1 draw, and 2 losses, with a goal difference of just 2. In the recently finished group stages, Barca won 5 games and lost one, enough for second place behind Juventus. They each have 15 points, with Barca having one more goal to their name, but the mutual goal difference between them being in favor of Juve. We will have to wait and see what their UCL campaigns are going to be like this season. 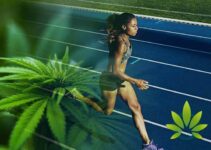 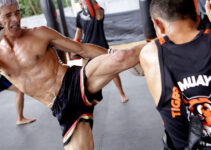