Fazlur Rahman Khan is one of the most important engineers of the 20th century, especially when it comes to modern civil engineering and construction of tall buildings and skyscrapers. His invention of tube structures allowed us to have some of the tallest buildings in the world, such as Willis Tower in Chicago, or the Hajj Terminal in Saudi Arabia. His innovation has contributed to the advancements of present architecture and civil engineering. Fazlur Rahman Khan was born in Dhaka, which is part of Bangladesh today, but in 1929, when he was born, this city was part of India. He grew up in a suburban area of Dhaka. His father, Abdur, was a mathematics teacher in high school, and one of the people that have encouraged him the most to study engineering and architecture.
After finishing high school, Rahman went to the Bengal University of Science to study Civil Engineering. After getting his bachelor’s degree in civil engineering in Dhaka, he got a scholarship to travel to the United States and enrolled at the University of Illinois in Chicago.

After three years of studying in Chicago, Khan managed to earn two master`s degrees, one in theoretical and applied mechanics, and another one in structural engineering. Also, he got his Ph.D. with a dissertation about square prestressed solid beams. After finishing his Ph.D., Rahman went to Pakistan to work for a Development Authority of Karachi, but he did not hold that office for long, mostly because of many limitations and absence of investments in infrastructure. He decided to go back to the United States and started working for a Skidmore, Owings & Merrill, which is an architecture and engineering company in Chicago.

After working for this company for more than ten years, he became a partner in the year 1966. One year later, in 1967, he received full citizenship in the United States. He was one of the best and most popular engineers during the 60s and 70s, mostly because of his designs for John Hancock Centre, and Sears Tower, which is known as Willis Tower today. Also, Willis Tower, with its 110 floors, was the tallest building in the world for more than 20 years, until 1998, when the throne went to the Petronas Towers in Malaysia.

Furthermore, there are many other buildings that Rahman was working on, such as the U.S Bank Center in Milwaukee, One Magnificent Mile in Chicago, The University of King Abdul-Aziz in Saudi Arabia, and many more.

Tube Structural Systems and Other Innovations Rahman’s discovery and the invention of tube structures in construction had a huge impact on civil engineering, and it took the building of skyscrapers on a new level. The greatest benefits from his invention are improved stability of tall buildings and reduced cost in regards to other principles and styles of construction.

There are three main types of Tube Structural Systems, trussed tube, framed tube, and bundled tube. With this system, Fazlur wanted to simulate a tube with the walls of the building and reduce the need for large space and huge steel structures that were necessary for the stability of other skyscrapers that were built before his invention.

Fazlur Rahman Khan brought a revolution and laid a foundation on modern architecture and construction. With his invention, we can build tall structures in a smaller area, and for much less expenditure. Some of the most popular buildings in the world that were made by his influence and with the use of Tube Structural systems are Jin Mao Tower in Shanghai and The World Trade Centre in New York. 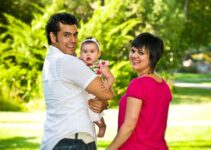 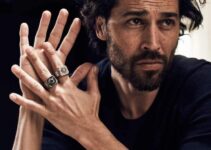