Home
Business
The Four-Day Week, Will it Work?

First it was working from home, now it is a suggested four-day week, the pandemic has certainly brought about some changes in the workplace.  With other countries, like Belgium, introducing the option of employees only working for four days a week, some are calling on the UK government to do the same.

Last month The Landmark London, an upmarket hotel in Marylebone, said it was offering a four-day week, on higher pay, to its chefs.  In addition to this a UK think tank said it was recruiting businesses for a six-month trial of the concept.

So could it work?  Surely businesses would lose out if they had to close for an extra day?  Not so say the TUC who are calling for the four-day week to be introduced in the UK. Technological improvements are increasing the output of many industries, meaning that people could work less hours and produce the same.

Trials in Iceland and Spain have indicated that productivity does not go down with a reduction in hours.  In fact, employees have demonstrated greater motivation and job satisfaction.

What is a four-day week? The proposals don’t mean compressing a five-day week of 35 hours into four-days.  Rather the four-day week would be just four full days, so 28 hours per week.

The advantages of a four-day week

Proponents of the four-day week argue that employees will be more rested and therefore more productive with a three-day weekend.

According to a recent report on productivity by the Organisation for Economic Cooperation and Development, countries like the Netherlands show very high productivity levels while logging fewer hours at work than employees from any other country. The data shows that happy employees who work shorter weeks are more productive than stressed workers who do overtime.

The once radical idea of a weekend came about after the Industrial Revolution brought in frenzied factory work that left employees in a state of exhaustion. As British policy analyst, James Plunkett, recounts in his book, End State, progressive employers found shorter hours energised workers, whose hourly productivity and overall output rose.

Employees are more likely to stay with a company that offers lower working hours for the same pay so staff retention will be higher.  This means lower costs for businesses as the cost of recruiting and training new staff is substantially higher than the cost of retaining staff.

Giving employees a better work/life balance will improve staff morale.  Staff with children will particularly benefit from having more time to spend with their families and lower childcare costs.

In the Netherlands, people work an average of 29 hours a week, according to an OECD report, while in Denmark and Norway they work roughly 33 hours a week. As a result, people in Scandinavian countries report less stress, a better work/life balance and more overall happiness, the report shows. Shutting offices and removing the commute for one extra day a week will lower carbon emissions caused by heating and lighting the buildings and the fumes from the cars.

A trial carried out by the US state of Utah for government employees showed a significant environmental improvement from reducing the average work week from five to four days. During the first ten months, the project saved over US$1.8m (£1.36m) in energy costs and a reduction of at least 6,000 metric tons of carbon dioxide emissions from not opening the large office building on Fridays. If employees’ commutes are also included, Utah estimated that it could save more than 12,000 tons of CO2, the equivalent of removing 2,300 cars off the road for one year, simply by working one day less a week!

Disadvantages of a four-day week

It may be that customers will find it irritating if they cannot contact a business for one day a week, particularly if they and others are still working.  The trial in Utah was abandoned for exactly this reason – people complained that they couldn’t contact government departments on a Friday.  The four-day week would have to become mainstream to remove the expectation of being to contact businesses on a Friday.

Companies like exhibition stand contractor Quadrant2Design couldn’t allow all staff to all take Fridays off as exhibitions and events still happen on Fridays and if they had no staff working they wouldn’t be able to fulfil customer needs.  Alan Jenkins said “Whilst I agree with the principle, we couldn’t have no-one at work on a Friday, and then it would be unfair to let some work four days while others had to work five.  The only way we could do it is by staggering days off so that customer orders were still fulfilled”.  This is no doubt the view of many businesses.

If employees are expected to work longer hours on the days they do work to make up for not working one day a week, this could lead to dissatisfaction and burn-out.  Working mothers would be adversely affected by this and may face childcare issues. Employers would need to keep to standard working hours for the four days and hope that productivity remains the same.

The situation in other countries

In Iceland the trials led unions to renegotiate working patterns, and now 86% of Iceland’s workforce have either moved to shorter hours for the same pay, or will gain the right to.  Workers reported feeling less stressed and at risk of burnout, and said their health and work-life balance had improved. They also reported having more time to spend with their families, do hobbies and complete household chores.

In Spain, Prime Minister Pedro Sanchez’s administration has agreed to put 50 million euros ($59 million) of public money into a three-year, nationwide programme trialling the four-day week.  The idea is to test it on a large scale involving many companies rather than just one business doing it.

As of 1 January 2022, the UAE’s federal government has adopted a four-and-a-half-day week with Saturday and Sunday as full days off.  In Islam, Friday is the day of prayer and therefore, across the region, the traditional working week is Sunday to Thursday. This means that working patterns are out of sync with the rest of the world observing a Monday to Friday working week.  The UAE is the first country in the region to adopt this, it is expected that others will follow suit.

The idea of a four-day week is catching on in other parts of the world. Unilever Plc is doing a trial in New Zealand, and Japanese officials are discussing a proposal to grant an extra day off. German technology company Awin has started cutting hours while maintaining salaries and benefits during 2021, and said sales, employee engagement, and client satisfaction all rose. The idea of a four-day week seems to be being trialled by several companies and countries. Whilst it is unlikely to really take root in the short term, it may become something that is more common in larger firms. 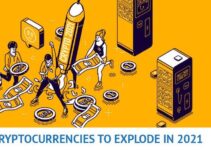 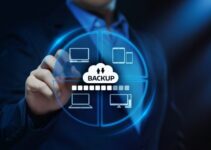