Home
Health
The Evolution and History of Stethoscopes

The stethoscopes is a widely known medical device which is easily recognizable even by the laymen. It is used for listening to the internal sounds of the body – either animal or human. Not all physicians use them – mostly doctors in the fields of internal medicine and its subspecialties like cardiology and pulmonology, but are also utilized by emergency and infectious disease doctors. Even surgeons can place it on the abdomen to listen for the sounds of the bowel movements before and after surgery. The modern stethoscope features a thin and somewhat elastic diaphragm (disc-shaped resonator) which connects to the two earpieces via Y shaped tubing. A physician places the chestpiece with the diaphragm against the skin of the chest, abdomen or the back, and through it, can hear the sounds made by the heart, lungs, or intestines. This process is called auscultation, and it has important diagnostic value. According to the trained ear of the doctor, the sounds can be deemed as normal or abnormal, or even absent. Similarly, the blood flow through the arteries and veins can be heard, and when combined with a sphygmomanometer (blood pressure gauge), the stethoscope can be used to measure the blood pressure.

It is a great way to make the initial physical contact with the patient without actually touching them, making the examination less uncomfortable. Also, it provides the physician with valuable information about the state of the organs that are being auscultated.

There is a long history when it comes to this device and it has evolved quite a lot throughout the years. There are many online resources where one can learn more about it.

It was invented in the beginning of 19th century, in 1816, in Paris, by René Laennec – a French physician. In the past, the physicians would place their ears on the bodies of patients to listen for any sounds that would help them come to a diagnose. Percussion was another diagnostic method that was commonly used in clinical examinations. The physician would place the middle finger of one hand and tap it with the middle finger of the other hand, while moving in the wrist. The sounds were used to distinguish the presence or absence of fluid or air in the chest and abdomen. However, this was not very practical especially when the patients were obese as the fatty tissue would impair the process. In such a case, where the patient was also a woman, so Laennec couldn’t put his ear on her chest in order to hear the heart, he rolled up a long piece of paper and used it to both augment and conduct the sound. He was able to indirectly hear the heartbeat of the lady – both clearly and distinctively. He was inspired by some children that he had previously seen while they were playing with blocks of wood, using it to listen to the scratching noises they were making. Laennec was also a musician and would carve out his own flutes out of wood, so the prototype of the stethoscope that he used was made out of hollowed wood, one similar to a trumpet. People with poor hearing would use wooden trumpets as listening devices, and the first stethoscope was very similar to them. It provided a great mediation in terms of amplifying the sound, conducting it, and keeping somewhat of a distance between the patient and the doctor. It was a non-invasive method of obtaining information about the patient’s body, and it led to another way of thinking when it came to diagnostics. It changed medicine forever as it gave physicians another parameter of describing diseases and conditions, and following up on the patient. Still, it was possible to listen with only one ear and that did impose some limitations, but the benefits were much greater – the doctors could hear the heart beats and the lung sounds better than ever before.

In the following decades, this diagnostic tool has evolved into a more sophisticated device that has become an inseparable part of most physician’s everyday practice. Namely, about half a century later, in 1851, Arthur Leared, an Irish doctor, came up with a design of a stethoscope which used both ears. Thus, the first binaural stethoscope was invented. The following year, Cammann designed one which featured two earpieces and it was put into commercial production and has remained the golden standard for this tool.

Many years later, it continued to be modified in order to improve its functionality. In the 1940s Rappaport and Sprague came up with a chestpiece that featured both a bell and diaphragm and these two parts were meant for different organs – one was for the heart, and the other one, for the lungs. Finally, in the 1960s, the Harvard professor and cardiologist Dr. David Littmann presented and patented an upgraded version of the stethoscope. The stethoscopes that he had designed have become the Holy Grail for this instrument as he managed to perfect this piece of equipment by using advanced materials which improved its acoustical performance. His stethoscopes help eliminate the external noises and have an enhanced the quality of the sound which is very important when it comes to hearing very discrete sounds or making diagnostic distinctions between them. The bells come in different shapes – for adult and pediatric patients, as well as there are variations of the size, thickness and length of the tubes. There were also improvements in the diaphragm – there are even tunable ones where the type of sounds that is heard through the instrument depends on the amount of pressure that being is applied on the chestpiece. Nowadays, it is possible to record the sounds that can be heard through the stethoscope, amplify them, and even send them via Bluetooth. Due to its simplicity of use and the non-invasiveness, it continues to revolutionize medicine even further as it is being upgraded, and there isn’t any sign of it becoming obsolete at any point in time. 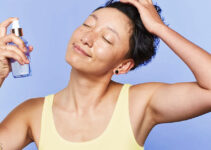 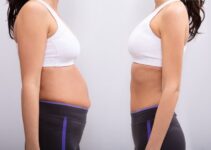 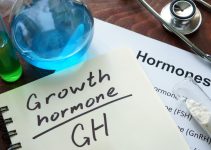