Home
Life
How to Build a Gun from Scratch

The year 2022 needs little introduction: Riots, pandemics, elections, conflicts, and generally, a uniquely bad year has peeled back some aspects of American culture previously reserved for niches and hobbies: Americans are buying and building guns. We’re covering how to do it – that is, build a gun. After all, most gun stores are empty and online shelves are digitally vacant, if not overpriced.

Is building a gun legal? Yes. Under federal law, at least. As long as you’re a private citizen who is not otherwise legally barred from owning a gun, you can build one at home. One aspect of this project that’s notably missing is the need to visit a gun dealer.

Do I need a license to build?

No. The specific law that says you can build a gun is quite clear in the restrictions, too:

“No, a license is not required to make a firearm solely for personal use. However, a license is required to manufacture firearms for sale or distribution. The law prohibits a person from assembling a non–sporting semiautomatic rifle or shotgun from 10 or more imported parts, as well as firearms that cannot be detected by metal detectors or x–ray machines. In addition, the making of an NFA firearm requires a tax payment and advance approval by ATF.”

NFA firearms include short-barrel rifles and shotguns (a barrel shorter than 16” or 18”, respectively), any fully automatic weapons, explosives, and destructive devices (that means no grenade launcher, Arnold). You also can’t build any foreign-made weapons on U.S. soil without using mostly American parts. Don’t worry, that still leaves you with the ability to legally build any firearm you can buy at a gun store. That means conventional shotguns, rifles, and handguns. How do I get my hands on the parts?

When you buy a firearm made by a manufacturer, you must visit a dealer. These dealers are known as Federal Firearm Licensees (FFL), and they’ve been carefully screened by the Bureau of Alcohol, Tobacco, and Firearms (BATF) to make sure they qualify. And when you buy a gun, you need to work with the dealer to conduct a background check, fill out some paperwork, and potentially even go through a waiting period before you can even pick up your new rifle, shotgun, or pistol. But when you build a gun, you don’t need to go through this process. That’s because unlike a complete firearm, the sale of gun parts is not controlled by FFLs or the ATF.

In fact, virtually every part and tool you need to fabricate your own firearm at home can be purchased online, just like any other consumer product you’d buy. There is one critical piece of every gun build, however, that you can only get from a few, select manufacturers: The unfinished firearm receiver or frame. Lunde Studio has an easy guide on their site, you might want to check it out. How a firearm is defined

So, how is it that you can just buy and assemble an entire firearm piece by piece without actually buying, well, a firearm by legal definition? It has to do with the way U.S. laws define firearms. A gun is a collection of parts, but it would be unreasonable to treat every single part as a gun, too. That would mean every part of every gun would need a serial number and extensive paperwork. That would be like having to get approved for financing to buy every part for your new car. Very unreasonable.

So, instead, officials at the ATF and legislators in the House of Representatives choose the “core” part of a firearm to define as the gun itself. That is, just a single component’s manufacture, transport, sale, and ownership is controlled. Think of it this way: In the eyes of the law, when you buy a gun, you’re just buying that single part with a serial number. All the other parts that make your firearm function just happen to be included.

This single part that is defined as a gun is what you will build from scratch. In the process, you’ll become a bona fide (and totally legal) amateur gunsmith in the process. What part, exactly, do you need to make? And how do you possibly do that at home without all the manufacturers’ equipment? Years ago, some firearm enthusiasts began looking more closely at the federal laws concerning firearms and how they’re defined and fabricated. Federal law spells out how a firearm is defined, and one definition simply reads: “The frame or receiver of any such weapon.”

The frame or receiver is defined as: “That part of a firearm which provides housing for the hammer, bolt or breechblock, and firing mechanism, and which is usually threaded at its forward portion to receive the barrel. 27 CFR § 478.11.”

Importantly, this definition does not focus on the frame or receiver’s shape or appearance. It only focuses on its functionality. Those firearm enthusiasts realized that as long as a gun’s frame or receiver isn’t functional, it can’t be defined as a firearm.

That’s where 80% lowers come in. They’re available for online order and shipment just like any other product, from a multitude of retailers (like 80-Lower.com). No FFL is required, nor are any special restrictions in place when ordering. Of course, check your state laws before ordering, too. These not-quite-a-gun receivers are mostly finished products that haven’t had all the machining completed to make them functional. So, these units are defined as firearms under federal law. That’s where you come in. You will be the one to finish that last 20% of machining, turning a block of metal into a firearm in the eyes of the law. Tools for getting the job done

Completing your 80% lower is surprisingly easy. You need to have a basic understanding of hand tools, but you don’t need complex equipment or heavy machinery like a major manufacturer uses. The other major part of this project you’ll need is called a jig. The jig is a machining kit that uses either a drill press or mini-mill to cut and drill the 80% receiver or frame into a functional unit.

The jig you’ll need is specific to each firearm platform’s available 80% receivers. Currently, receivers and jigs are available for the following platforms:

In addition to the jig and receiver, you’ll need these tools to get the job done safely and confidently:

The jig will include the necessary drill bits and/or end mill bits for fabricating the receiver. Once you’ve finished machining your receiver blank by following the instructions included with the jig, you’ll be the owner of a legal firearm. You’ll also be ready for final assembly, test-firing, and the pursuit of marksmanship. More importantly, you’ll be the proud owner of a truly custom gun that you built from scratch – one that might’ve even saved you some cash in the process, too. 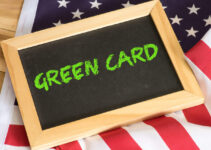 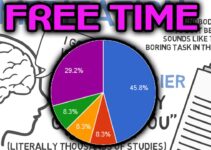 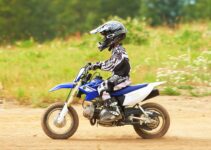