Is smoking cigarettes the same as vaping? If you were to ask a regular smoker or someone that vapes, you would probably get the exact same answer from both of them – a resounding no. Both regular smokers and vapers agree on the fact that what they do isn’t the same and that the only thing that’s common is the fact that they both seem to enjoy nicotine.

However, if you were to pull out your vape, in say, a classroom or a non-smoking area of the restaurant and start puffing clouds of smoke you’d probably be met with some stares or you’d probably be approached by a teacher or a waiter and asked to stop. Now, if vaping and smoking aren’t the same – why is that the case?

Well, the answer to that question isn’t that simple. You see, in the eyes of law, vaping and smoking are kind of one and the same. Vaping products are in great majority considered to be “tobacco” or “tobacco-derived” products.

So, what does this all mean in practice? In a word – yes. Just like regular tobacco, vaporizers and other ENDS are completely legal and can be used freely, in the areas that allow the use of tobacco and tobacco-derived products. However, if you feel like there’s a legal loophole that allows you to vape in a non-smoking area – there’s not. At that point, you may be removed from the premises or be subject to financial fines or other forms of legal trouble. People often say that you can do anything you want for as long as you’re doing it in your own home, but that’s hardly ever the case. Sure, you have more freedom to do whatever you like in your own home, but you still have to consider your neighbours – especially in multi-tenant buildings.

In those living situations, tenants are entitled to what’s called “quiet enjoyment”. That means they’re entitled to live a peaceful life, without being disturbed by outside factors like noise, illegal or obnoxious activities, disturbance and smells. That means that someone living above you could file a complaint against your vaping habits.

The consequences of those complaints can be various. On one hand, they could be non-existent, as you could argue that you’re not harming anyone because vaporizers don’t produce certain known carcinogens as cigarettes do. On the other hand – it could result in an eviction. The thing is, a landlord will almost always take the complaining tenant’s side, because if they don’t, the tenant could have a legal right to break the lease and move out without having to pay rent or any other penalties. Also, you can’t count on the landlord’s goodwill as there are many laws put into place that prevent people from smoking in multi-tenant buildings because of the effects of second-hand smoke. Seeing as vaping and smoking are almost identical in the eyes of the law – this should be something you should think about when choosing a place to live. There are gum varieties of nicotine pouches available as well, which are designed to be chewed while you sleep. These are particularly popular with smokers trying to quit. Check out https://blackbuffalo.com/.

Can You Sell And Advertise Vaporizers And E-Liquids To Minors? Seeing how FDA published a rule saying vapes are tobacco-derived products, selling and advertising to minors is forbidden by the law. Also, in early 2022, FDA also issues an enforcement policy on unauthorized cartridge flavouring that appeal to kids and minors. This policy stated that all manufacturers are to stop producing and selling all flavoured cartridge-based e-cigarettes and other ENDS within 30 days or they would risk enforcement actions from the FDA.

This policy was put into place once statistics have shown that over 3.5 million middle and high school students were regularly using vaporizers and e-cigarettes. Out of those 3.5 million, over 3 million used fruit-flavoured products and claimed the flavour was the reason why they were using the products.

Do The Same Laws And Rules Apply Outside of the US? No. There are different laws in place in different counties. For instance, in Canada, you are still legally allowed to produce, sell and use fruit-flavoured vaporizing liquids and according to DashVapes, the fruit-flavoured e-liquids are still the most popular out of all available flavours. To be fair, there were some changes regarding flavours, but it was mostly limited to changes in branding and naming, to make it less appealing to children.

However, there are some upcoming changes on Canadian soil, as well. New legislation is set to be put into place by mid-2021 that would directly affect the refillable components of e-cigarettes and vaporizers. The goal of this legislation is to make these components childproof. Will this legislation affect anything other than that, namely flavours, it’s yet to be seen.

As for now, the only thing that seems as it’s about to change are some design features of vaporizers.

What Does This All Mean For Future Of Vaping? As you can probably see, most countries around the world are aiming to make e-cigarettes, vaporizers and other ENDS non-available and non-appealing to youth. As far as grown-ups are concerned, what they do is entirely up to them.

Are vaporizers going to become less popular amidst all of these new sets of rules and regulations? We hardly doubt that. If anything else, these moves we’re known only to boost the popularity of certain products throughout history, so we feel like it’s safe to say that the vaping industry won’t suffer any major setbacks.

On the other hand, those who enjoy using these products will probably have a much harder time using them in public as time goes on and anti-smoking campaigns become even more popular. Whether that’s good or not – we can’t say. It’s clear that vaporizing is a much healthier alternative to regular smoking and nobody’s trying to argue otherwise – it’s just that vaping, or smoking, isn’t the most popular thing in the world today.

If you live in the US or in Canada, vaping is just the same as smoking in the eyes of the law. That means you can’t pull out your device and start using it in any place where smoking is restricted. On the other hand, if you’re a passionate smoker and you’re looking for a healthier alternative to cigarettes – vaporizers might come in handy. 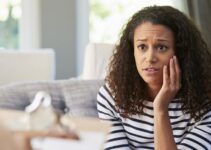 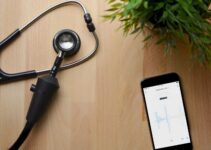 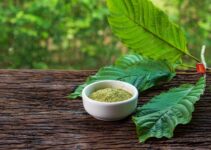