Jesse Itzler is an American entrepreneur, author, and rapper. He is also co-founder of Marquis Jet, one of the largest jet card companies in the world. He might be the best known for being a founder of The 100-mile Group and a co-owner of NBA’s Atlanta Hawks. Let’s learn more about his life, career, and earnings. On 22nd August 1968, in Roslyn, New York, United States, Daniel and Elise Itzler brought their son Jesse Eric Itzler into this world. His father was an inventor, and his mother was the president of the Roslyn Board of Education. Itzler was born to a Jewish family. In 1990, he graduated from American University with a Bachelor of Arts degree. He later got a degree in justice, law, and society.

After his college graduation, Itzler’s interest in music began developing. He signed with Delicious Vinyl records as a songwriter/artist. In 1991, his debut album Thirty Footer In Your Face was released. He used a pseudonym Jesse Jaymes during his musical career. The same year, his first single, Shake It Like A White Girl, reached 74 on the Billboards Hot 100 chart. The single was featured in the soundtrack of the movie White Chicks (2004). Itzler wrote numerous songs for over 50 professional teams including the New York Knicks theme song Go NY Go. The Emmy Award-winning song I Love This Game was also written and sang by him, while the theme song for Inside the NBA was produced by him. He is known for co-writing songs for numerous artists including Tone Loc.

In 1996, Itzler’s entrepreneurial career began. That year, he co-founded a company named Alphabet City Sports Records with his friend Kenny Dichter, but they sold it two years later to SFX. Another company was co-founded by Itzler in 2001. The company’s name is Marquis Jet, and it is one of the largest private jet card companies in the world. In 2009, Berkshire Hathaway bought it. The same year, Itzler created the 100 Mile Group, a brand incubator and accelerator. It partnered with the Coca-Cola company and ZICO Coconut Water.

In 2015, Itzler’s book with the title Living With A Seal: 31 Days Training With The Toughest Man On The Planet was released. The same year, a group which included Itzler, his wife, Tony Ressler, Grant Hill, Steven Price, and Rick Schnall, purchased the Atlanta Hawks for $850 million. In 2008, Jesse Itzler married Sara Blakely. She is an entrepreneur and a founder of Spanx. The couple shares four children.

Itzler participated and completed the USA National Ultra Marathon championship held in Grapevine, Texas. He ran the 100-mile marathon in less than twenty-four hours. In 2012, Itzler was a top 50 finisher in the SEA Paddle NYC 25 mile stand up paddle race around Manhattan.
He currently lives in New York with his family. Jesse Itzler’s net worth is estimated at up to $250 million. It is believed that it will grow bigger with the years to come. 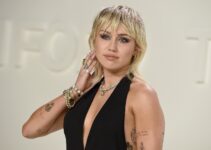 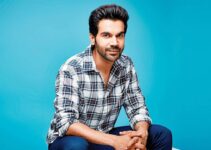 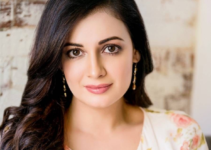