The beautiful country of Mexico has tons of potential. As such, it is one of those countries in the world everyone knows about. Furthermore, millions of tourists flock to many of its natural and urban sites every year, taking in all of the history, culture, and tradition the country has to offer. Mexico also has one of the most exciting and unique capitals on the planet in Mexico City, an absolute behemoth with a seemingly infinite amount of things to see and do.

However, the capital is not the only urban area in Mexico. There are dozens of regions with more than a million people, and each one is worth visiting for the sheer amount of diversity and Mexican traditions you can experience. In this article, you will learn about 10 of the largest urban areas in Mexico. In case you wish to travel to one of them, you will need the right auto insurance. To get the best one available, click here. Before moving on and exploring the largest urban areas in the country, we have to say something about the country in general. The official name of Mexico is actually The United Mexican States because the country is actually a federal republic of 32 Federal Entities. Mexico City is a separate entity, while the other 31 are referred to as states. As the 1917 Constitution states, all of the states are sovereign and free in internal affairs and matters. Every state has its own constitution, congress, and capital.

The official language in Mexico is Spanish, and 91% of people are Christians, 83% of which Catholic. The country first declared its independence in 1810, but it took more than a century of recognition and constitutions for Mexico to finally establish itself in 1917.

The total area of Mexico is 1.97 million square kilometers or 761,610 square miles. As of the year 2022, the total population of Mexico is just under 129 million people. This puts the country on the 10th place on the list of most populated countries.

Mexico is a place of great beauty and wonderful people. However, the country has had its fair share of troubles that are still a big problem today. Crime is constantly present, most notably with violent cartel and gang wars and disputes that often involve innocent civilians. Because of this, and the foreign influence, Mexico is more often than not presented in a bad light in media. In actuality, this is simply its worst side and there are plenty of things worth visiting and experiencing. The greater area of the country’s capital is the absolute leader in everything, especially the population. Its total of more than 21 million people is the same as the next 6 largest urban areas put together. This amount of citizens also makes Mexico City the seventh most populated city in the entire world. Between 2010 and 2015, the population increased by some 4%, and it has not been slowing down either. The city of Guadalajara is the capital of the state called Jalisco. Its greater area has slightly less than 8 million people, and like the rest of the urban areas in Mexico, its population is on the rise every year. The famous city of Monterrey with its surroundings is the third most populated urban area in Mexico. Over 4.4 million people call it home. The famous metropolitan area is the capital of Nuevo Leon, one of the 31 Mexican states. Puebla, the capital of the State of the same name, has just under 3 million people within its greater area borders. It has had an incredible jump in population between 2010 and 2015 of almost 8%. Toluca city is the capital of one of the Mexican states, which is also known as Mexico. This is often a topic of confusion for the visitors since it seems that the country, one of the states, and the capital are all called Mexico. Toluca and its greater area have 2.1 million people, a considerable rise of 9.32% in a five-year span of 2010-2015. Tijuana is a popular tourist destination, especially for the USA citizens who often make it their first destination when they decide to visit their southern neighbors. It is known as a great party city with tons of restaurants, clubs, and hubs. Alongside its immediate surroundings, it houses 1.8 million citizens. The state of Guanajuato has the city of Leon as its capital. The city has 1.77 million people. Leon is famous for its leather industry, as well as top-tier hotels. More importantly, Leon is among the most environmentally friendly cities in the country, and the City Water Champion of 2012. Juarez is one of those famous cities everyone has heard of thanks to the entertainment industry. It was a very popular place during the initial explorations of Mexico, and an important historical area in general. The metropolitan area of Juarez, the capital of Chihuahua, is the home of 1.4 million people. Torreon is not the capital of one of the states, but it is a region that occupies large areas of two states, Coahuila and Durango. More than 1.2 million people live inside their greater area. It has a very geographical location because it sits on the border of two states, making it important in every way for both. The greater area of the capital of the state of the same name also flows over the border and into Guanajuato. It currently has a population of more than 1.25 million people. Between 2010 and 2015, the number of people calling it home skyrocketed by 14.42%, which is the largest increase in that year-span in the whole country.

Other Areas with over a Million People 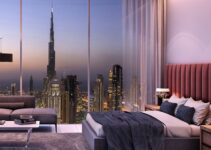 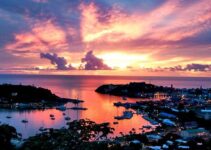 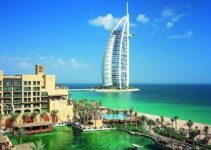