March Madness scene: a top-seeded team loses in a shocking upset early in the NCAA tournament.

Coach in the locker room:  “Congratulations! What a great way to learn!” “Winning isn’t everything, it’s the only thing,” said Red Sanders, a famous UCLA football coach. Competitive people measure their success in wins and consider losing something to be avoided at all costs. But for successful athletes and entrepreneurs, losing is not the opposite of winning, it is a part of it. We learn from loss. And there is data to back that up. In this article, we will use losing and failing interchangeably. In the sports world, a defeat is a loss, in business, it is a failure.

Researchers at Columbia University’s Teachers College study failure as an educational tool. They found that high school students improved their science grades after learning about others’ challenges. In one study, teachers divided teens into groups and shared stories about influential scientists. Students heard about intellectual or personal struggles that Albert Einstein, Marie Curie and Michael Faraday faced. A control group learned only about their discoveries.

Students exposed to the struggle stories did better in science class, compared to the control group.

Why? Because learning that the scientists faced problems but worked through them inspired students to do the same. In contrast, hearing only about their achievements made the teens think that exceptional ability is required to study science. Discouraged, students who did not believe they were talented enough gave up before they started.

Why is Losing One of the Best Ways to Learn?

“Winning is a habit. Unfortunately, so is losing,” said Vince Lombardi, a coach so successful the Super Bowl trophy bears his name. Losing becomes a part of winning only when you take the lesson from it. What weaknesses did the loss reveal, what mistakes did you make?  What should you do differently? This self-assessment works in any area of endeavor. According to globalpoker.com, veteran poker coach, Lee Jones used this tactic to evaluate a bad night of online poker.

In a vintage commercial, Michael Jordan, one of the greatest basketball players of all time, says,

“I’ve missed more than 9000 shots in my career. I’ve lost almost 300 games. Twenty-six times, I’ve been trusted to take the game-winning shot and missed. I’ve failed over and over and over again in my life. And that is why I succeed.”

Losing helps us win because we learn through experience. The lessons from losing are humility, resilience and adaptability. Arrogance can be a byproduct of victory and also a cause of defeat. Losing destroys the illusion of invincibility. Sports fans have heard many champions explain that a loss during the season ultimately led them to victory. “Losses have propelled me to even bigger places, so I understand the importance of losing. You can never get complacent because a loss is always around the corner. It’s in any game that you’re in – a business game or whatever – you can’t get complacent.” explains Venus Williams, one of the greatest tennis players of all time.

Resilience is the ability to adapt to misfortune and not give up. When you read biographies of accomplished people, the common thread is not that they never faced hardship. It is that they persevered in spite of it. They faced loss with hard work and a new plan.

In the military, the inability to rebound from losses can have life or death consequences. For that reason, West Point sets up some of its mission simulations so the whole squad dies. The intent is to show cadets how to learn from failure to develop their leadership skills. Officers at the military academy require students to review their decisions after the simulation. Cadets receive personalized feedback to reinforce the lesson.

Most successful entrepreneurs failed before they achieved success. Steve Jobs was fired from Apple Computers. Oprah Winfrey lost a job as a news reporter in Baltimore. Director Steven Spielberg of Jurassic Park fame was rejected from film school three times. It took James Dyson 15 years to develop a vacuum cleaner that retailers would sell. Twelve publishing houses told Harry Potter author, JK Rowling, that no one wanted to read about witches and wizards. Each of these moguls changed course during their careers, leading to great success. The effort to find a winning strategy often detours through what doesn’t work. The most famous example of this is the story of Thomas Edison making 10,000 prototypes before perfecting the light bulb. Failing shows you the result of one course of action. Knowing what not to do brings focus that helps define a winning approach.

“I have a memory, and I can just eliminate mistakes when they come up because I’ve already made them,” said Tom Brady, who with seven championship rings is considered to be the greatest quarterback of all time.

A freeing aspect of failure is learning that people don’t hold it against you as much as you might think. Everyone has failed and most people don’t think much of other’s mistakes. Even unforgiving sports fans forget about a bad game as soon as their team has a good one. For athletes or professionals with a lifetime of winning, losing frees you from the fear of failure. It happens, you assess and adapt. Life moves on.

But sometimes the loss is life-altering. A marriage ends. A business fails or a career ends. These painful losses bring enormous growth. They are a chance to reevaluate and make a fresh start. While no one sets out to lose, the experience can be a great teacher. It reflects the flaws in a strategy. Failure forces us to reflect and revise our plan for better results. We grow and become resilient. A loss leads to a fresh start. Losing is nothing to fear. It is not the opposite of winning, it is a part of winning. 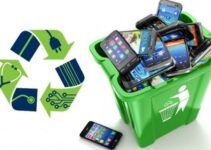 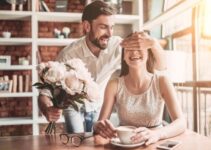 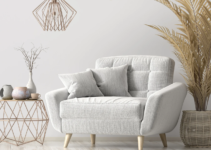