Home
Business
The Social and Psychological Effects of Cyberbullying!

Cyberbullying is more damaging socially and psychologically than others might imagine. It is also on the increase and a lot more prevalent now than ever before. Also known as cyber harassment and online bullying it is done via many types of electronic means over the internet or through mobile devices. It can include degrading messages and degrading and false information posted on social media. Repeated phone calls to someone on their cell phone is also a form. It is meant to be demeaning and wear a person down both mentally and emotionally. It can occur through an interaction with a close friend who feels jealous or spurned, or even come from a stranger that has never been met.  Trolls online exist unfortunately and look for weak, lonely, and vulnerable people and the bullying satisfies some type of malicious psychology need in bullies. Online trolls themselves can be lonely and engage in cyberbullying for their own amusement. It happens frequently in schools across the globe, and it is detrimental when done offline also. It also does happen to adults. Cyberbullying however, takes bullying to the next level as a target may not know who is doing the bullying or how or where to report it. Offline there are school counselors and parents who can assist with bullying but online it is difficult to track who is the bully and why they have chosen their victim. Adults have friends and spouses offline who might assist in finding out who is doing the bullying. Online the bully can and will pick individuals at random if they are a troll who simply enjoys this malicious interaction. Online personas can be made up and discarded at will, thereby making it extremely difficult to track down a bully and stop the behavior.

It is too easy entirely when engaging in cyberbullying to delete and discard personas at will and if a person finds that they are a target repeatedly, chances are good it is the same individual but with a different persona, or even with multiple personas running simultaneously. The most detrimental type of cyberbullying is when it occurs both online and offline. Since a great many bullies know their victims, someone who is bullying offline may also turn to cyberbullying thereby creating more social and psychological damage to the victim. What once was limited to text messaging and phone calls that were not welcomed has now leached into social media and gaming making the online form of bullying even more detrimental.

Cyberbullying can be overt acts or covert acts.  The overt acts are public shaming on social media by posting derogatory remarks and pictures of an individual.  With the technology now available it is easy to produce a composite photo with a victim’s face yet combine it with another picture of an animal or another human in compromising positions. This is the most horrid of all types of cyberbullying. Covert bullying usually occurs through exclusion in events or conversations and does occur a great deal in the world of gaming. Although hurtful, the covert type of cyberbullying can be more easily avoided by leaving certain groups or switching to other gaming challenges.

Trolls know little to nothing about their victim and pick randomly. For trolls it is so pleasurable that they can be the most vicious types of cyberbullies and will literally stop at nothing to embarrass, humiliate, or harass their victims.  The more the victim suffers, the greater the pleasure is for trolls.  Victims are picked many times because of their looks or perhaps because of a post they have made online which sparks an idea that the victim is lonely or an easy “mark” for bullying.  It is important to not post any type of information which would suggest that an individual is popular or in anyway has no real friends offline. Both these types of posts can trigger trolls and cyberbullying as jealousy is a prime motivator of bullies as is isolation and neediness of a victim. Teenagers that are going through a phase of insecurity are prime targets, but cyberbullying occurs throughout all demographics and psychographics now.  It is popular online with bullies as a wide audience can be reached simultaneously immediately with each new post online. It is also a global problem.

So, what are the social and psychological effects overall of cyberbullying?

It does depend on the amount and intensity of the cyberbullying. Some attacks can be once and done while other attacks can go on for years.

Prevention is key in avoiding becoming a victim of cyberbullying Gaining the trust of a victim through any methods possible is the goal of a cyberbully. The more they know about a victim, the more they can use the information against the victim. Knowledge of whom one is speaking with online should be a primary consideration  Nuwber is a search site with a huge database of USA clients and when meeting someone online or even offline, gaining knowledge about that person can be crucial. Names, addresses, and phone numbers as well as knowledge of someone’s background can help prevent cyberbullying. Especially IF cyberbullying is occurring looking up a bully’s profile or name and address can assist immensely in stopping the harassment and unwarranted behaviors. Nuwber can also find if the false pictures and posts online were written by a bully.  Online there is no such thing as being too careful and knowledge about others with whom we interact BEFORE we do it is priceless. 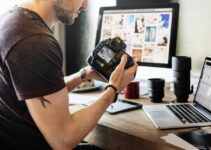 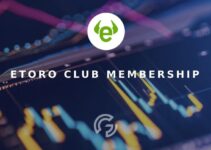 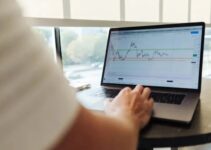