Harry Kane is one of the best strikers in the world. Unfortunately for him, he doesn’t play for one of the best football clubs in the world. This awkward pairing of facts has been apparent for several years now, but Kane has consistently remained loyal to Tottenham Hotspur. In 2018, he even signed a new six-year contract that commits him to the London club until the summer of 2024. If the reports that are coming out of the English football media at the moment are accurate, he’s since developed buyer’s remorse. Spurs have endured a wretched two seasons after reaching the UEFA Champions League final in 2019. That ought to have been the platform for the club to go onto bigger and better things, including winning the English Premier League championship, but those dreams have failed to materialise. Mauricio Pochettino, the Argentinean coach who got the club to that history-making final, was fired months later as the team struggled in the league. His replacement Jose Mourinho was an unmitigated disaster for the club, taking them backwards in terms of the style of football they played and isolating star players like Dele Alli. With Mourinho gone, another rebuilding project looms at the Tottenham Hotspur Stadium. It seems that Kane doesn’t want to stick around for yet another rebuilding period. He’ll be 28 by the time next season starts, and he knows time is running out for him to win the top-level trophies that his talent deserves. Kane wants to leave, and he’s believed to have made his wishes clear to the board.

The news won’t come as a surprise to most Spurs supporters. Kane gave interviews as long ago as 2017, confirming that he’d be disappointed if he hadn’t won a major trophy in two years’ time. Those two years have come and gone, with another two barren years that followed. Kane consistently wins the English Premier League Golden Boot and even finished as top scorer at the 2018 World Cup with England, but he can’t match his individual successes with team successes. Through his agent, he knows that almost every top club in the world wants him. The temptation to take advantage of that fact must have grown steadily within him, and with Spurs unable to secure a place in next season’s Champions League, he may have decided that the right time to act is now. Before we get ahead of ourselves, we should note that just because Kane wants to leave doesn’t mean he’ll be allowed to leave. Some “insiders” claim that he believes he has a gentleman’s agreement that will allow him to leave the club this summer for a pre-agreed price. Lionel Messi believed he had a similar agreement when he tried to leave Barcelona last summer. Messi quickly found out that gentleman’s agreements with club owners mean nothing when they’re not recorded in a contract, and Kane is likely to experience the same thing. The three years remaining on his contract mean that Spurs are likely to demand a very high price for him even if they are willing to sell, and there are limits to what even the biggest clubs in the world are willing to spend on a 28-year-old striker. We’ve seen figures of up to £150m quoted. We’ve also seen it said that Kane would prefer to stay in England if possible. Realistically, that rules out everybody apart from Manchester City, Manchester United, and Chelsea.

Spurs fans don’t want him to go anywhere, but they’d be deeply hurt if he joined one of their London rivals. City has the money, but they don’t often play with an orthodox striker of the kind that Kane represents. United also have the money, but also have Edinson Cavani, Marcus Rashford, Mason Greenwood, and Anthony Martial. Martial will probably be sold this summer, and Cavani is 34. United would probably love to have him, but it would involve restructuring their team around him and also likely spending their entire summer transfer budget on a single player. That’s a lot of risks, and it’s far from clear that the Red Devils would be willing to take it. Kane might have to look abroad to Barcelona or Real Madrid to make his dreams of a big move come true, and even then, it relies on Spurs chairman Daniel Levy being willing to sell. For the teams who might be willing to spend big money on Kane, it all comes down to risk. His age is a risk. His proneness to ankle injuries is also a risk. The prospect of him struggling to perform without his strike partner Son Heung-Min is a risk. Like the “Football Champions” online slots game, success in football is all about securing the perfect lineup and making it pay out for you. If you’ve played that online slots game, you’ll know that paying big money for a single bet doesn’t often tilt the odds in your favour. That’s why so many online slots players at Rose Slots New Zealand favour a “slow and steady” approach rather than going for broke with high-stakes bets straight from the off. Buying Harry Kane would be a high stakes bet, and there’s no guarantee it would pay off at all. For a sum of around £150m, most clubs would prefer a player in his early 20s with the potential to stick around for ten years and a clean injury record. It’s true that most clubs in the world would want Kane, but only at the right price.

There’s a flip side to all of this. In most cases, it doesn’t make sense for a club to keep an unhappy player. It doesn’t look good for the club involved in terms of headlines, and it can have a negative impact in the dressing room. Harry Kane is the captain of Tottenham Hotspur. His influence in the dressing room is huge. If he’s unhappy, there’s a risk of his unhappiness spreading to other players. It would also be difficult for him to continue in his role as captain when he so clearly wants to be somewhere else. For the good of Spurs, it might make more sense to sell him for less than they’d ideally like to receive and then use the transfer money to fund their next rebuilding project. As for whether that will happen or not – well, this is football. We’ve learned to expect the unexpected. 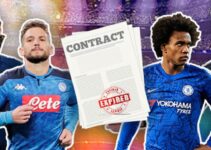 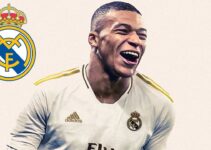 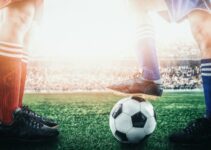