The Witch-Queen is the new update for Destiny 2. which was released on the 22nd of February this year. The update brought forth new content and promises even more with its upcoming raid, “Vow of the Disciple.”

The raid will be released on the 5th of March worldwide. It will include tons of new foes and loot. Witch Queen will bring forth 12 already confirmed exotics and probably more to come. If you want to know, read more here.

In this article, you can read and learn more about what exotic gear is in Destiny 2, how to get it, and what exotic loot you can expect to see in Vow of the Disciple.

What is an Exotic Gear in Destiny 2? Exotic Gear in Destiny 2 is some of the best in the game, and there are numerous ways to obtain it. Every new expansion introduces more at a steady pace, including the upcoming Vow of the Disciple. They are powerful pieces of gear with unique perks, and they all have a distinct look to them. Some may be random world drops, but others are exclusively unlocked through long and convoluted quests.

Exotics are designed to help you in a specific way, so pick one that supports your favorite playstyle. If you’re looking for extra survivability, go for the armor. If you’re after consistent DPS, head for something like Sturm and Drang or Sweet Business.

You won’t be able to equip more than one exotic weapon or armor piece at a time. Some exotic weapons may also require you to hit a certain power level before they become equippable.

Exotic gears and how to acquire them

As you already know, exotics are the best gear in Destiny 2. They are gold-class equipment and have special perks and abilities that make them the best of the best.

Getting your hands on exotic gear may not be as hard as it sounds. Some of the ways are: special vendors, others can be rewarded from participating in events, decrypting exotic engrams is yet another way, there is also seasonal locked ones, another option is to go to Lost Sector and hope for drops, the Monument to the Lost Lights vault that includes some already not available to get by other means exotics, and many other ways.

As you have already seen, there are tons of ways to get them. The only tricky thing here is the availability of the gear you need.

For example, nowadays, the games tend to make them seasonal. Similar to many other games. You will need the battle pass to meet conditions to get some specific exotics.

The ones available from drops, on the other hand, are probably the hardest to obtain. You may already be aware that obtaining exotic items from loot is a difficult task. It may take countless repetitions before you get your hands on it.

It is worth noting that this is most likely the best of this high-end equipment, which is only available through quests. This quest includes multiple stages. You will be fighting, you will be solving puzzles, and all of that to get the chance to acquire the exotic gear you need.

The Witch Queen and the Exotics you can expect to see With the coming of the new update this February and the imminent release of the Vow of the Disciple raid, We got more information about the exotic gear. Which we can expect to see and hopefully obtain soon.

At the moment, there are two armor pieces per class (Titan, Warlock, and Hunter) announced, a glaive that is unique to each of the classes. And lastly, one machine gun, one submachine gun, and one grenade launcher.

Now let’s discuss each of them briefly. Starting with the armor, the first is the Renewal Grasps. These are gauntlets for the hunter class. With a special perk to increase the Duskfield grenades. After that comes the heart of the hunter class, the Blight Ranger. The thing that this piece of armor does is increase the damage from deflected projectiles. Making the one who threw them regret his decision.

After the hunter class, it’s time to move to the titan one. They also got 2 pieces of armor, and the first is Loreley Splendor (helm), which comes with an amazing perk, allowing Guardians with Sun Warrior to heal from the sunspots. Hoarfrost-z is the titan’s chest piece. The only thing it does is replace the barriers with a wall of stasis.

Moving on to the weapons, the first on the list is the parasite. This weapon is a grenade launcher, and as its name suggests, it fires hive worms. A pest of a weapon. Next is Grand Overture. This one is available with the season pass, and it is a powerful machine gun. Last is Osteo Striga, a long-awaited exotic SMG, which is interesting and, although it is small in size, it packs up good firepower. To get the last one, though, you need to pre-order the update for the Witch Queen.

Last but not least, are the glaives named Edge of Action, Intent, and Concurrence. Each of them has its own skill. The first can shield allies, the second can heal, and the third can do devastating damage to enemies. Exotics gear is the best possible gear in Destiny 2. They come with every new update and continuously excite players. The Witch Queen is one such exception. Because it introduces a plethora of new content and a plethora of exotic gear, with the potential to introduce even more. 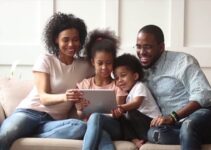 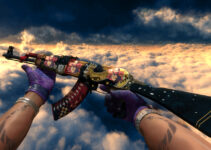 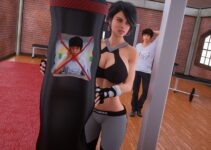