Vincent Van Gogh, an artist that skillfully executed paintings and drawings from his own emotion-filled perspective, was one of the most influential artists of the nineteenth century. Almost two hundred years after his death, he is still celebrated for the intensity of emotion that characterizes his work.

Many refer to him as a mystery. However, the creative and innovative force of his personality was so great that he gave form to his emotions and thoughts as an extension of himself in painting. He created paintings not just with colors but with colors representing everything that is within him morally, emotionally, spiritually, and psychologically.

Often credited as “the mad painter, a tortured soul” and “an artist who suffered greatly,” Vincent Van Gogh was a man with a zest for life, culture, and art. He had an unerring eye for beauty in all its shapes, sizes, and forms. And amongst all those who knew him, it was clear he was one of a kind— someone who generated creative energy unlike any other person before or since.

A Brilliant But Tortured & Tormented Life 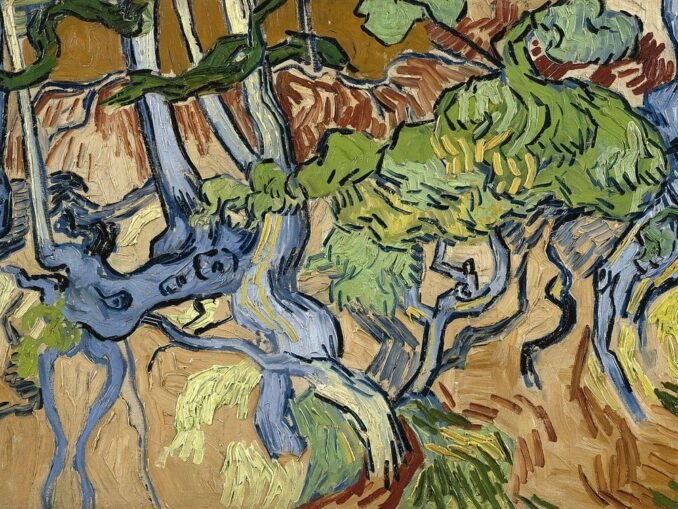 Vincent Van Gogh was an eccentric artist with a tragic life. In addition to an unfortunate early departure from formal education and failures as a salesman in the art world, Van Gogh suffered difficulties with relationships with women and family members. He was a walking dichotomy, at times eating little but smoking, drinking, and possibly starving himself.

He suffered from complex psychiatric ailments that affected Vincent van Gogh artwork. In addition, he used to drink excessively and use tobacco in large quantities. These activities made Van Gogh’s health deteriorate further. When not working, he was prone to fits of mania and depression.

His heavy style and distorted forms reveal his tortured psyche. The colors are vivid and striking, the brush strokes unkempt, with angles and contours that have no defined purpose. Nevertheless, his work is not just telling of a troubled life; it also reflects the world in its entirety.

Perhaps he tried to convey the struggle between man and his animal nature, reality, and the unconscious mental conflicts within him. Or maybe he explained that everything in life is a struggle and that you have to fight for each victory to find your place in this world. Either way, his famous masterpieces portray his life’s struggles and triumphs. 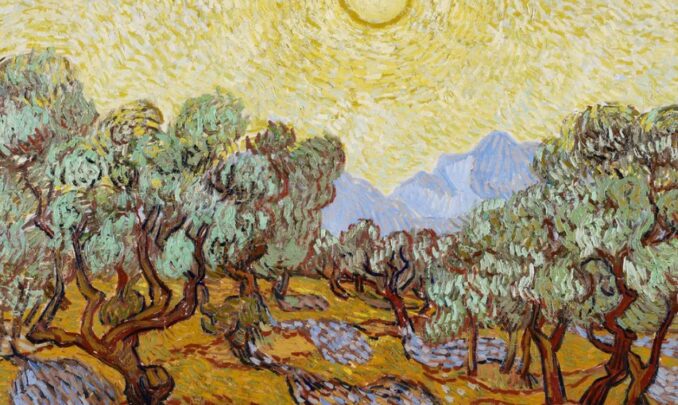 Van Gogh’s incurable melancholy and intense sensitivity made him particularly receptive to the spiritual messages of art. He viewed painting as having a healing effect, one of the few ways to express that which is too deep to be expressed in words. Van Gogh’s body of work was not only his way of showing others his love for them and everything around him, but it was also an ascetic form of self-expression.

The unusual perspective, vibrant colors, and bold brush strokes create a whole new world on canvas. He was known for his innovative style of painting that has inspired many artists in many generations. Van Gogh lived for his art, living mostly by his own rules, staying faithful only to God, nature, and himself until death took him away from this world at age 37.

He used different compositions and experiments with technique, including a distinctive impasto, in which thickly applied paint appears to drag on the canvas, thereby giving works a roughness or surface quality. In addition, Van Gogh sought intense personal expression in his art, whether conveying melancholia or exhilaration and celebration.

His paintings have fascinated me for generations, not only for their unique artistic features but also for their psychological insight into the troubled mind of an artist plagued by illness and depression. This enigmatic artwork by Van Gogh is pure genius. Van Gogh painted Starry Night in 1889 while living in an asylum in Saint-Rémy-de-Provence. The painting is his greatest work of art— full of turmoil but also beauty and emotion. In fact, he wrote to his brother Theo that ‘the night was starry’ and it made him restless. This was when he painted this masterpiece.

The artist uses vivid yellow, ultramarine, blue and orange strokes to convey his vision of a world filled with mystery, drama, and emotion. But that’s not all; the dazzling yellow and orange tones are reminiscent of the sunsets; Van Gogh witnessed in Arles, and this overabundance of color is balanced by a dark vista beyond. In addition, the drama takes on a personal dimension: nightfall on the artist’s own soul.

While it was a dark and challenging time for van Gogh, he shows that even in the darkest of nights, there is still hope. He paints sparkling stars filling the sky, guided by light shining from the windows of houses in the village below. It seems that Van Gogh was portraying that even with a dark night, it is still possible to see the light.

Vincent Van Gogh was an incredibly passionate and fragile artist who created amazing and powerful art that shook the world. His expressive style is perhaps unmatched in his era and inspired many artists afterward. 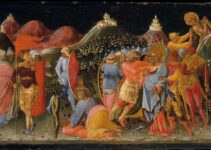 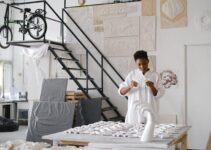