Home
Tech
What is IPTV and How Does It Work?

When you think about online streaming, you may think about various terms, with IPTV being just one of them. After all, we are now experiencing a shift from the traditional ways of broadcasting, like satellite or cable TV, and now heading towards internet-based streaming, with IPTV systems playing a significant role as we transition to more modern means.

Avid fans of media don’t really care about owning content as much as they do to easily access it. And that’s how IPTV comes to play. But what is IPTV and how does it work?

Read on to learn more about IPTV or check out CordCutters. You will get an idea about How it works, and why people are looking into invest into the best IPTV service over traditional means. IPTV stands for Internet-based Protocol Television. This utilizes the Internet to provide TV shows, movies, and other videos that are either on-demand or live. This system works by offering digital television service, delivering it to subscribers via Internet protocol technology, which is broadband and Internet connections.

This is different compared to digital videos like Netflix and YouTube. However, they share a similar nature. Compared to cable and satellite TV, a household can use multiple devices and TV sets with just one subscription.

With IPTV, viewers will experience more benefits and convenience as they can select whatever program they’d like to watch no matter what time it is and when they are. If they are unable to watch live shows in real-time, they can record it to watch for later!

To further understand what IPTV is, let’s go deeper into the comparison of traditional TV from this new system.

Cable and satellite TV would work through having users ‘tune in’ to specific channels that are within the signal subscribed to. The major difference between cable vs satellite systems is that cabled use wired connections while satellites are wireless.

With IPTV, it uses internet protocol (IP) based networks as a way to deliver channels straight to their users’ set-top box. Using Internet networks is different compared to cable and satellite TVs, as IPTV would also provide other types of content using the same client-server model which would render websites, email services, among other Internet-based services.

Unlike cable and satellite TV with content broadcasted only in real-time, IPTV can store programming on their servers at the transmitting end, so users can request any type of content using the Internet anytime, anywhere. Now that you know what IPTV is and how it differs from more traditional methods, how does IPTV work?

IPTV is similar to browsing the Internet compared to couch surfing with your TV. Again, it utilizes IP, which is a transport protocol and delivery mechanism to provide content to users.

When an IPTV user selects certain TV programs or requests for specific videos, video from various servers will be divided into data packets, then sent online. Video servers will then transmit the chosen programs using fiber-optic cable, then sending it over to the user’s device using the Internet. Requests will be sent out and the videos will be sent back.

The Types of IPTV Services
Besides transmitting TV channels, there are different types and services IPTV offers, which are: But Europe and North America are higher in-service revenues, generating a huge chunk of the global revenues. That said, this is most likely because of the low average revenue per user in Asian countries such as China and India. The fastest growing and biggest market is still Asia.

This would be at the expense of cable TV though, while satellite TV will continue to survive. In fact, satellite platforms would gain from the growth of IPTV, since these would feed channels to headend to distribute across the fixed broadband infrastructure.

With this in mind, the growth of IPTV will also be in competition with OTT and SVOD, with streaming platforms like Hulu and Netflix further growing as well. Why depend on traditional methods to tell you when and where to watch TV when you have the freedom to do it on your own, thanks to IPTV? With this new system, you have limitless channels and programming and watch your favorites as if you were surfing the Web! The best part is: There are so many more amazing benefits IPTV offers than simply more freedom in what you watch.

I hope that this article gave you much more insight into IPTV and why you should consider investing in this system over cable or satellite TV. If you would like to make the change, look into your options and discover the amazing benefits IPTV offers today.

Do you have any questions or want to share your knowledge about IPTV? Share them in the comments section below, all of your experiences and insights are much appreciated. 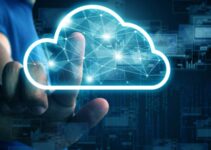 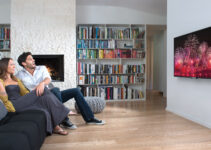