Home
Games
Which Destiny 2 Class is best for Beginners?

As a beginner, it may be difficult to choose a class in any video game. It is also the same in the case of the Destiny 2 game.

There are three classes:  Hunter, Warlock, and Titan. Players can use unique abilities and exotic armor with the help of these three classes. All three classes excel in certain aspects and can contribute immensely in the toughest environments of the game. There are also three subclasses of each class.

While playing Destiny 2, if you want more power, you can take an ultimate version of the raid called Master Vault of Glass Raid, available in the Lfcarry.

All Three Classes And Their Subclasses Most players prefer to play Hunters due to their agility, excellent abilities, and fashionable capes. A player with great FPS handles will find the Hunter class the most tactically engaging. This class focuses on your aggression and utility. The Hunter class can be perfect for you if you want a challenge. The skill of this class focuses on movement as well as your weapon. Besides having excellent dodging abilities, the Hunter has possible reload and melee attack bonuses.

The subclasses of Hunters are

Gunslinger: The golden gun is the super ability of Gunslinger. This instantly vaporizes enemies on contact. The Gunslinger is ideal for pinpointing specific enemies for huge chunks of damage. Its abilities are divided into Way of the Outlaw, Way of the Sharpshooter, and Way of a Thousand Cuts.

Nightstalker: It can help you destroy a large area of enemies by decreasing their abilities. It also makes the enemies slow by immobilizing them. Its passive subsets include Way of the Trapper, Way of the Pathfinder, and Way of the Wraith. Titan has the most ability to damage. It is also the most forgiving as it effectively plays like a tank. Their melee attacks take longer to execute. They also generally have higher resistance to damage, and their shields regenerate quicker when nearing death. The default skill tree of Titan focuses on more powerful grenades and melee attacks. But you will have to choose three different skill trees with different modifiers to match your play style.

The subclasses of Titan are :

Sentinel: This is the starting class of the Titan. The sentinel shield has the super ability to rampage through a swarm of enemies. Its passive abilities are divided into three sectors, including the Code of the Protector, the Code of the Aggressor, and the Code of the Commander.

Striker: It works perfectly at inflicting damage across a large area. Its special move allows you to repeatedly barrel down on enemies from above or come down once and then use your shoulder to charge through them. The Striker’s passive abilities are divided into Code of the Earthshaker, Code of the Juggernaut, and Code of the Missile.

Sunbreaker: It focuses on inflicting burn damage. Its special ability, titled Hammer of Sol, allows you to sling a barrage of fiery hammers at groups of enemies. The Sunbreaker’s passive abilities are divided into three sectors: Code of the Fire-Forged, Code of the Siegebreaker, and Code of the Devastator.

The skills of Warlock are both supportive and self-serving. It can increase attacks temporarily besides healing areas around them.

The subclasses of Warlock include

Dawnblade: This subclass allows you to heal or increase attack with the classic abilities of Warlock. It can rain down from the sky with the help of its super ability to turn light into sharp blades. It can also be used to activate the Well of Radiance Super by creating buffs with the help of Attunement of Grace. You can create a large rift by planting the sword into the ground.

Voidwalker: Its Nova Bomb can kill anyone by throwing a beam of light at enemies. A warlock can manually drain power from its super meters to amplify grenade attacks. Its ability to replenish health comes by sacrificing grenade energy which is included in the Attunement of Hunger skills. You can also have Nova Warp provided by Attunement of Fission. It allows you to teleport short distances and create energy explosions where you appear.

Stormcaller: It has a super ability called Stormtrance that allows Warlocks to electrocute a swarm of enemies by covering a large area. The Stormcaller deploys electrified damage by using its hands. Players can damage multiple enemies with its Attunement of lons passive ability. Chain Lightning creates an electrical current that attacks nearby enemies. Hope the aforementioned information helps you to choose the perfect class for you as a beginner. There are also many other options to increase the power and ability to attack your enemies. The power will also allow you to play faster. 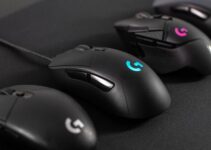